Countdown for the NHRC's recommendations

Romeo waited outside after taking his wife, Susana, to the emergency room at the San Cristobal de las Casas during his daughter’s delivery. Two days later, they brought him her corpse and a dirty baby. They did not offer any explanation. They did not explain that Susana was not treated immediately, that she was left naked in a hospital bed in front of all patients and hospital staff, that they removed her gallbladder without her consent and that, after her death, they took her fingerprint to falsify her authorization of the surgery.

The death of Susana cannot remain unpunished. No woman should suffer what she went through. No family should face what her family is facing. The Mexican State must offer reparation of damages and the San Cristobal Women’s Hospital must be safe for women.

One Hospital for 18 Municipalities

Of the women that died in Chiapas during 2012: • 1 out of 10 was under 19 years of age. • 1 out of 4 had universal public health insurance. • 7 out of 10 died in a health clinic or state or federal hospital. • 8 out of 10 received some kind of medical care before her death. • 1 out of 3 had received prenatal care during the first trimester of their pregnancy.

The National Human Rights Commission (NHRC) has been negligent in following up on cases of maternal deaths. It is important that we pressure the NHRC so it monitors the timely implementation of its recommendations for Susana’s case (29/14).

Sign the petition demanding that the Chiapas government publically apologize to Romeo and his children and that the State guarantee dignified, quality and timely medical care for women in Chiapas.

The image of Chiapas as “paradise” in the government’s tourism campaigns is only a reality for a small group of people. The slogan, “Vive Chiapas!” only applies to tourists, not the people who live there. For many women in the state, “Chiapas, Adrenaline for Living!”, yet another government publicity slogan, really means circumventing death while receiving medical care for during pregnancy, birth and postpartum.

"Be passionate about Chiapas” is yet another slogan, after which we have placed a question mark to call into question just how “passionate” the government is for women’s reproductive health and rights. 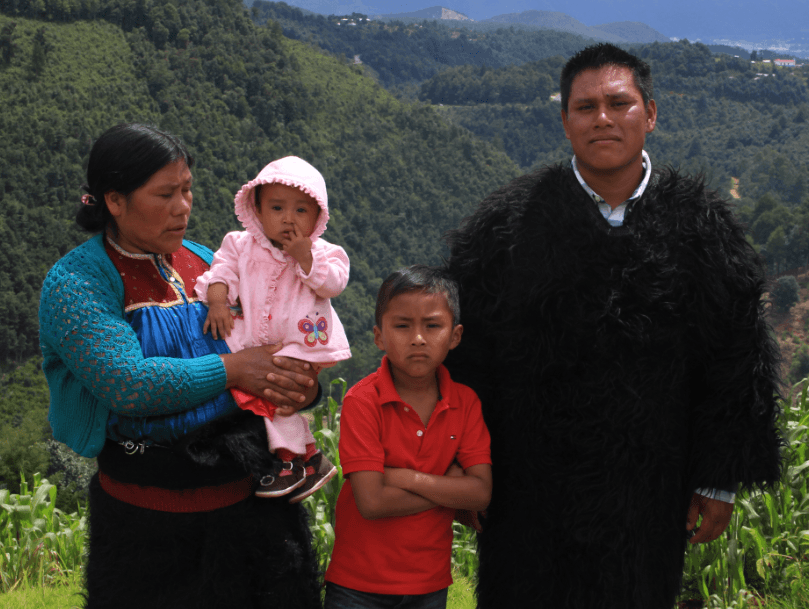 Apart from signing the petition, you can help Susana's family with a donation.

Please send your tax-deductible donation to:

Justice for Susana's family will only happen if the following are achieved:

That the Chiapas government makes a public announcement, recognizing their responsibility for the human rights violations against Susana and her youngest daughter, Susana Alessandra.

The NHRC omitted this point in its recommendation.

A Dignified Hospital with Trained Personal

That all pregnant women are guaranteed the right to health, and provided with quality and timely medical care in Chiapas, through the effective implementation of reproductive health programs that take into consideration women’s cultural background and have sufficient state financing.

The Recommendation Issued by the NHRC Notes:

Instructs the involved party to publish a memo for all San Cristobal de las Casas Women’s Hospital medical staff, dependent on the Chiapas Ministry of Health, to submit copies of their certification and recertification processes conducted before the Board of Medical Specialties. The purpose of said documents is to ensure sufficient continuing education, experience and knowledge to maintain the necessary skills to provide adequate and professional medical services. These records of evidence will prove compliance.

Instructs the involved party to ensure that the public servants who provide services in Chiapas’ Ministry of Health clinics, hospitals and health centers, adopt effective preventive measures to ensure that clinical records on the medical care that was provided, are properly filled out and protected in accordance with the established national and international law, as well as the corresponding Official Mexican Norm and sent to the National Commission’s records to accredit their fulfillment.

That the State offers free education for Susana’s two small children until they turn 18. In addition, the State should cover medical and psychological care to ensure the children’s comprehensive physical and mental wellbeing.

The NHRC omitted this point in its recommendation.

Investigation and Sanctions for those Responsible

That the medical personal who participated in the negligent care provided to Susana Hernández Gómez be punished to ensure that similar events do not happen again.

a) Ample collaboration with this national organism for the presentation and follow-up to the charges filed before the Chiapas Attorney General’s Office so that, to the extent of their competence, the preliminary investigation begins, corresponding to the victim’s rights, and that they send records detailing their compliance to the National Commission,

b) Ample collaboration with the National Human Rights Commission during the process of filing an administrative complaint to begin disciplinary procedures under the Internal Affairs Department of the Chiapas Ministry of Health, given the points considered in this recommendation and evidence required.

Awareness raising and training on women's rights, including reproductive rights, for healthcare personnel, to prevent similar situations from occurring in the future.

That comprehensive education and training programs in human rights are designed and implemented in Chiapas Ministry of Health clinics, hospitals and health centers so that the legal framework recognizes women and children, guaranteeing dignified treatment and recognizing the vulnerable situation that many diverse groups encounter as members of indigenous peoples and communities and, that the National Commission receive the program indicators and evaluation applied to trained professionals, and any other records that demonstrate compliance.

That the Chiapas government offer comprehensive reparation of moral damages, translated into monetary compensation, caused by the loss of life of Susana Hernández Gómez and the risk that was placed on the life of her youngest daughter.